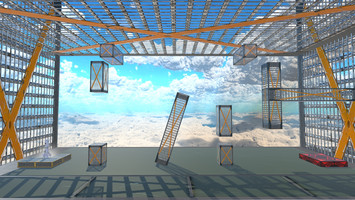 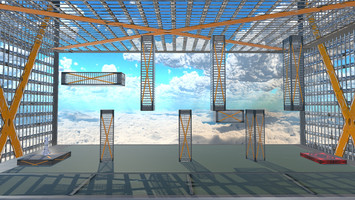 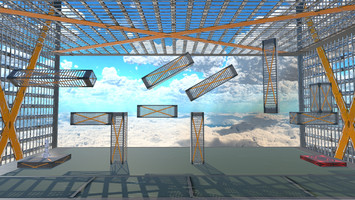 Rocketria is Now Live On Itch.

Fly Rocket From Start To Finish.

OK, I also tried this on Windows 10, the same hardware (dual boot). The game runs better on Windows, but still it's demanding for such a simple game. The controls are really too unresponsive, I think. And I can't get past stage two, it's too tight and just barely touching anything makes the rocked disappear and makes us start all over again - so scraping the walls is inevitable here and should be part of the mechanics, with some kind of deformation and destruction design to add realism and a challenge. As on Kubuntu, there is no way to open any kind of menu during gameplay, even to quit, but I did manage to kill the app with ALT+F4, which on Kubuntu doesn't work, as I said before.

Hello Andrew, first of all, thanks for playing my game. I'm really grateful that someone played my game. OK, so as you mentioned, controls are unresponsive. I made the controls in this way so that the player doesn't have the time to react/think while thrusting in the air, so that the game doesn't feel very easy or unchallenging. I want players to grind a little to get used to the controls. As you said, you couldn't pass level two, but I want to mention that I was able to complete each and every level during the playtest, so I don't know what's happening with you( I'm not being rude here). I'm going to upload a video soon where I'll show each and every level from start to finish, so it might help you a bit. Also, if I face any difficulty or find a specific part making the level harder to complete then I'll change it asap. At last, I want to thank you again for taking the time to comment, and I'll add the pause screen and other features in the future when I get the time, as I'm really new to game development, so these things might take some time to figure out.

Kubuntu review: High hardware requirements for such a concept, looks nice overall but the game needs to be redesigned with less processing requirements (no options to set anything). The controls are simple and stiff, much too rigid (imprecise) to maneuver. No gamepad support (keymapper can be used), no mappable buttons. When running in fullscreen, the game can't be closed - Escape does not invoke any menu, or any other key, ALT+F4 does not close the app, had to ALT+TAB and kill via process manager. The level design is too compact, should be much larger and more space to maneuver. Right now, there are no effects when flying into a wall/obstacle, so feels cheap even more, though I would really recommend not making the rocket explode right away, but instead let us scrape the walls/ceiling at low speeds, this would feel much more realistic. Impact at high speed might result in an explosion, but maybe it would feel better for the rocket to deform or fall apart, so a much more realistic physics model is needed here. The vapor trail is too extensive, looks nice at first but quickly becomes evident it's just a static effect, so some particle effects or something, have the fumes change with use.